Cut through the SMS junk with SMS Organizer

The hazard of giving our phone number out to stores for their loyalty programs, and using your that as your sign in for the variety of apps is that you start getting spammed. While a few of these services give you an option to opt out, most of them have no way to get them to stop sending out a slew of marketing messages.

On an average, I get around 60+ SMS messages on my phone daily. Of these only less than five are messages are important enough for me to take a look at. Most messaging apps make managing these texts a pain since the few important ones get lost in the swarm of spam.

After trying out quite a few apps from Google play, I settled on this great app which I’ve been using for a few months now to manage my messages.

Microsoft’s Garage Project team has an app for Android phones called SMS Organizer, which has a few tricks up its sleeve. The most prominent feature is that  the app sorts out incoming messages into three categories

The app also has options to move a sender between these three boxes, and it remembers the choice for future messages from them. The app also has an option which allows us to block senders, so their messages don’t show up.

The best part is you can configure the app to throw up notifications only messages for inbox or inbox & transactional sections. This option prevents the spam messages buzzing the phone incessantly.

One handy feature I found was that when an OTP (One-time passcode) message from bank or wallet hits the phone, the notification for the message shows up with a Copy button overlaid right on the app which you have open currently. This feature is especially useful when you’re making an online payment on the mobile, all I need to do is to copy the code and paste it into the app or browser to continue the transaction. No more switching apps and memorising numbers to type in while you’re making payments.

The app also scans the messages it receives and figures out payments which are due to banks, phone bills and others and shows a summary of upcoming payments at the beginning of the month and close to when your payment is due.

There’s a reminders tab which you can go to to get an overview of all the payment reminders at any time.

SMS Organizer can be set up to delete older OTP messages and Promotional messages automatically to reduce the clutter on the phone.

According to Microsoft, all this magic of sorting, parsing your messages for all the information takes place right on your phone, and the messages do not leave your phone at all.

This app has been a lifesaver when it comes to organising the messages on my phone. It’s almost like having a secretary cleaning up my Inbox and reminding me of important tasks. If you’re on an Android phone, you should give SMS Organizer a try. 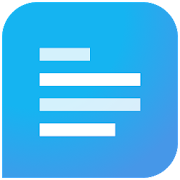 Don’t Plug that into your Phone or Computer