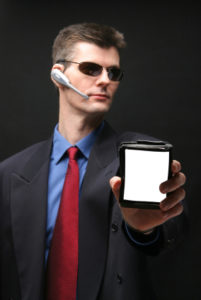 Nokia and Blackberry were given an ultimatum, earlier this year, by the Indian Intelligence Bureau (IB) to install their push email servers in India. IB, fearing that these services could be used by terrorists to communicate wants the ability to monitor the emails and messages passing through these services. Nokia just ahead of the deadline announced today that they’re installed and tested the servers here in India. This gives the IB the access to the messages and emails which are transferred using the Nokia Messaging service.

“Nokia India vice president and MD D Shivakumar called on Home Secretary G K Pillai and handed over the letter, saying the company has conformed with all requirements suggested by the law enforcement agencies.”

Nokia still assures customers using the service to they will still protect their privacy while fulfilling their legal requirements. Apart from complying with IB’s directive, the move to bring their Nokia Messaging servers to India will should translate to faster email access for users of the service.

This move from Nokia now puts pressure on Research in Motion, who still haven’t announced if they’ll be complying with IB’s requirements for their Blackberry services. Blackberry users may face a disruption of their services if the government devices to block their services.

Do you have any concerns about this move from Nokia, or do you think this is a good move? Let us know by commenting below.