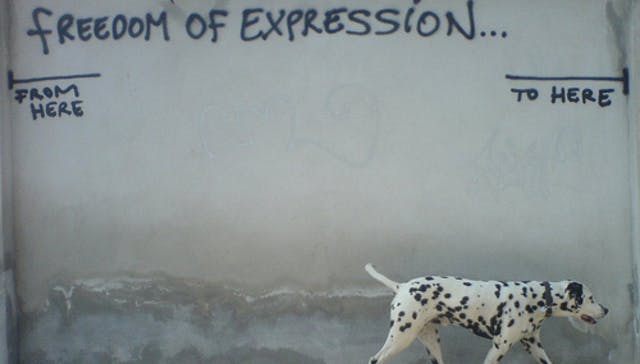 One Company’s move for Freedom of Expression in India

As a blogger and reviewer, there are times when we really have to say something negative about a product. Pre 2011, it was not a problem at all, you could rant and rave online, and no one could do anything about it.

In fact, quite some years back in the early days of broadband in India, I used to host a discussion board online on which the community could post complaints and help others who were looking to get a broadband connection in India. As with most discussion forums, some of the folks who were really upset with the service they received form their providers use to vent their feelings on the site in colorful language.

I had received a few phone calls from the folks of those services asking me to remove these from the site. We did start cleaning up on the language used and enforced starring *** expletives. That still didn’t satisfy those folks, they wanted them to be removed outright, which we refused at that point. Since there was no law in place, they couldn’t do anything about it, other than starting a shouting match over the phone.

This is not to spread negative propaganda about a brand, but negative reviews are required not just by consumers, but brands must look at those to improve their service levels and businesses. Consumers need to know if other’s using a service are really happy or not before they jump and sign up. Companies can’t just wish for their wrongs to be undone just by getting negative remarks flushed form the internet. Less said about talking bad about Policial Leader of our country the better. Only the press folks can get away with negative remarks about them, any one else can and have been jailed.

These days, post 2011, not just review sites sites, but regular folks like you and me are at a precarious juncture, since almost anyone these days can invoke the Information Technology Rules and legally force a site from removing any content they feel hurts their image. It’s not just reviews or comments, people these days are getting jailed for simple deeds like posting a Facebook status update and liking it, and posting a tweet, and such.

This is wrong and till now apart from being vocal on social media and real world, no one’s taken a solid stance against this. Today, in my mailbox, I got an update from the PR team at Mouthshut that the team there has gone ahead and filed a Writ Petition before the Supreme Court for “quashing the Information Technology Rules (Intermediaries Guidelines), 2011 and declaring them as a violation of Articles 14, 19 and 21 of the Constitution of India.”

This is a good move because the petition declares that the IT Rules basically denies a person’s Freedom of Expression. For MouthShut it’s critical for their bread and butter, since their site deals with reviews of products and services, and they do get a lot of takedown notices.

Here’s what Faisal Farooqui has to say, “a very small percentage of companies wish that negative reviews about them would simply go away. Under the guise of ‘harmful speech’ they approach us to remove such reviews. The new law is vague and would require MouthShut.com to remove any negative review about a company or brand simply because they don’t like it, irrespective of the facts stated in the review.”

Farooqui also goes on to add, “We have been threatened with hundreds of legal notices, cybercrime complaints and defamation cases. At other times, officers from various police stations call our office, demanding deletion of various reviews or face dire consequences under the IT rules”

Mouthshut’s really taken a great initiative in taking a stance against the vague and misused IT guidelines, and I really hope they are able to pull it through and make a good change, and hopefully in the future we may safely post what we think in updates where ever we please without having the cops rushing in. What do you say?

More info and the copies of the petition are available on Mouthshut’s site.