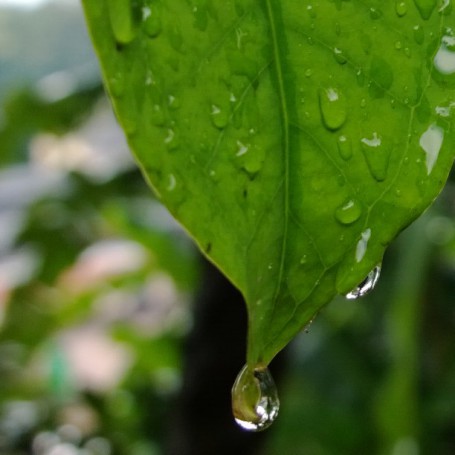 Earlier this month, I went though an experience which was life changing. If you’re someone who knows me; no! it’s no another phone, gadget, app or something of that sort. It’s something which has caused me to re-evaluate my life and priorities.

It started on a few weeks back on a Saturday, I woke up to a bad chest discomfort – I couldn’t say if it was burning or paining. I sat for a few minutes to see if that would settle down, but I found the discomfort increasing, and my hands started trembling. If I learnt anything watching those multitude of House and other medical TV shows is that I had to rush to a hospital . I quickly gulped down an aspirin and walked over to a small hospital a minutes or two away from home.

After the duty doctor at the causality ward took an EGC, they asked me to quickly see the cardiologist who was (luckily) available for consultation. One look at the report, the cardiologist quickly did an echo test to confirm that I was having a heart attack. He quickly asked the folks to get me on some oxygen and meds to stabilise the heart.

I was shifted to Fortis at Cunningham Road immediately, where they performed an angiogram to investigate the cause of the attack. The results of that showed that I had three blocks which caused the complains that I had earlier in the day. They advised that I undergo an angioplasty to remove the blocks. On getting a consent, they started on the procedure immediately, but getting just two of the blocks opened up and stented ended up being a complex process. It took them around 4 hours to get finish the procedure.

They had decided to get the third block opened up on the following Monday. All was fine after this procedure and I had to stay in the CCU till the next procedure. Since phones and gadgets were banned in the CCU and I was allowed visitors only during a few hours in the morning and evening, that was a long two days and nights! I had trouble falling asleep with all the different monitoring machines making their electronic noises through the day and night.

Finally Monday morning comes and they take me in for the second session of Angioplasty to open up the last block. This procedure went through successfully much quicker that the first and I was back in the CCU in around an hour.

Back in the CCU, they were just finishing hooking me up to the monitoring machines, when I felt dizzy and I developed tunnel vision which was increasingly getting worse by the second.. I shouted out (or tried to) that I was going under. The next thing I remember after this is my lungs burning up with the lack of air and gasping for breath, and the noise a defibrillator going off. I gathered later that the doctors managed to get my heart started up after CPR and multiple shocks. 15-20 minutes after they stabilised me, I went down one more time before coming back to the world of the living.

I had to spend a few more days in the CCU for monitoring, which were again some of the longest days I’ve had spent, constantly looking up at the monitoring systems when ever it threw up a weird noise. Well, the rest my stay was quite uneventful, and I was discharged after four more days of close observation.

While talking with my doctor later, I found that some of the complications which could occur during or after an angioplasty is a heart attack – it usually happens only to 3-5% of patients. I must have added a minor decimal to that statistic.

Some of the folks who came to know about this incident were asking why they weren’t informed earlier, for one I didn’t have access to my phone for more than a week, and my family and I needed some rest to recuperate the week after. Now I’m recovering back home; getting a lot of rest, under a strict diet (which still leaves me craving for my regular fare), and I have a task of re-evaluating my lifestyle and priorities.

I do have to thank the cardiologists who treated and performed the procedures, the alert duty doctors and staff at the Fortis Hospital CCU whose quick actions have allowed me a second lease of life.