Smart IR Remote – Convert your Galaxy Note 3/smartphone into a Universal Remote for your TV, Music System and more

If you have the Samsung Galaxy Note 3 ( or any model with an IR Blaster) here’s a nice app which turns your phone into a universal remote control for your TV, or any home appliance which  can be controlled via an infrared based remote. Of course Samsung’s WatchOn app, which is bundled on the phone, provides IR remote feature.  One drawback with the WatchOn app was that it provides the basic remote control features of my TV (volume, channel, menu and navigation) but missed some of the advanced features which I couldn’t control. The Smart IR Remote app which I found on Google Play had much more appliances in their database and allowed most advanced remote settings for the devices as well. Apart from the standard features, this app had a few tricks up it’s sleeve which made it the killer app for me. More on this later in the post.

Setting up the Remotes

This was one of the tedious things in the app, which needs to be done once for any device. The setup required a trial and error phase to figure out your TV or appliance’s remote control codes in order to work properly.  The app eased the pain by having a nice guided way of setting up the remote, by allowing you choose the type of appliance, the model and then run through the remote codes, by trying to turn on the device. Once you’re able to turn on the device, the app then presented the full remote control, so you can see if the other functions on the remote work, if not, you can switch back to the previous mode to try out some other settings. Once you have the right one, you can save that and go ahead to try setting up the next device. I managed to fully setup my TV, Airtel HD Setup Box and my Blue Ray player, which I now control entirely using the phone, a universal remote!

The other cool features of the Smart IR Remote App are the what makes me stick to this app:

If you’ve got this app running and then leave the phone on your table, you can just wave your hand over the phone, to control your TV, wave it up and down to control the volume and left to right to change the channels. All this without even touching your phone.

You can set up the app to auto mute your TV when you get a call. Nice feature to have when you’ve got your volume cranked up and get a call. You don’t have to fumble around with your remote to mute the TV.

Smart IR Remote also allows macro creations to automate tasks. For example, when I want to watch TV, I have to turn on my TV and then my DTH set-top box to get started. I can set up a button to do both these commands  by creating a macro. Macros make couch surfing even more lazy! Just perfect without having to fumble around two different remotes.

In all the Smart IR Remote app is a must have to do away with all those pesky remote lying around. The additional features which the app supports makes TV surfing even more a lazy task. The app supports even Air Conditioning units, Music Systems, DSLR camera and more. If your device isn’t listed there, just contact the developers of the app and they should be able to get help out. 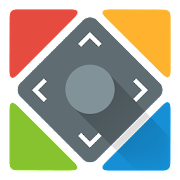 Screenshots from the App

2 comments On Smart IR Remote – Convert your Galaxy Note 3/smartphone into a Universal Remote for your TV, Music System and more